‘Ahrbol Card Game’ is the supporting card game within the Ahrbol property. It can be played by just 2 players up to a whole group. 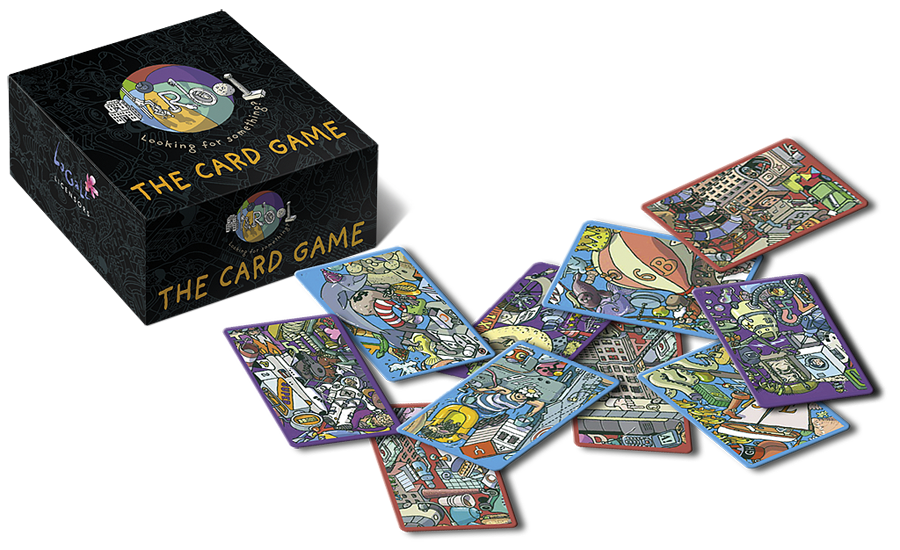 All players play at the same time, minimal difficulty level and maximum fun. The various mechanics (2 included) will use standard size playing cards being put on the table. Each and every playing card contains a bit of the artwork of Ahrbol. There are 100 cards in total. All the card game mechanics can be played with 2 players up till a whole group and everybody plays at the same time. Again we wanted to add something to the card game so it becomes more than a card game and we can up the price point. With the card game we added a ‘letter dice’. It is a D6 with 4 letters on each side. Included games are:

Ahrbol is a ® brand of Lauwers Games BV.
The product range is composed out of:

Ahrbol the card game consists of: